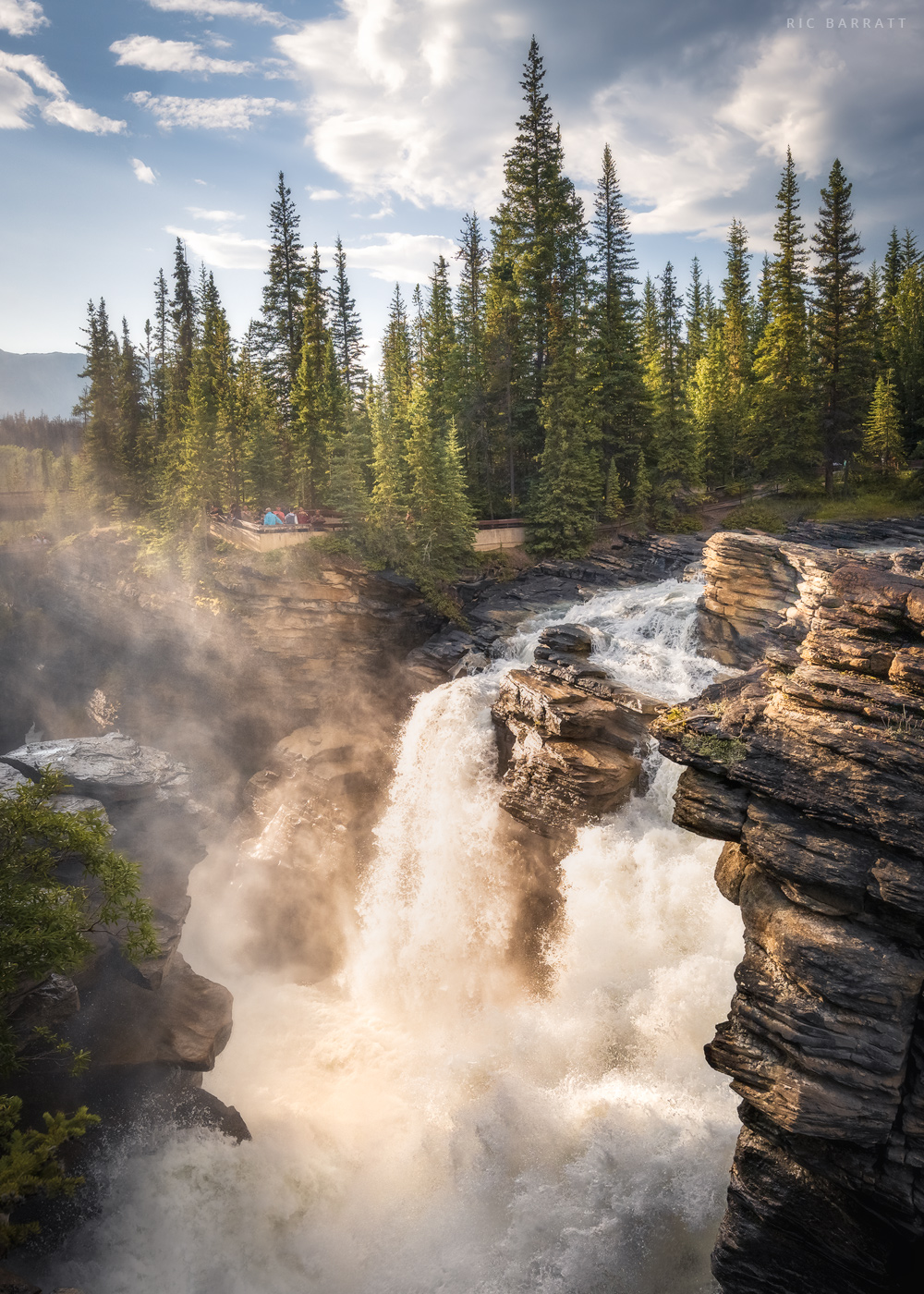 Athabasca Falls is a significant waterfall in Jasper National Park. The waterfall is situated closed to the Icefield Parkway, which makes it a popular stop for tourists. Although the waterfall is not very high (in comparison to other falls in the Canadian Rockies), it is well known for the high volume of water that falls into the gorge. Even when the river is low, large volumes of water thunder and crash into to the gorge below, offering visitors a loud and exciting spectacle.

I visited the falls just before sunset. I was taken with the way the low, golden sunlight shone through the mists being generated by the falls, and attempted to capture it with this shot.