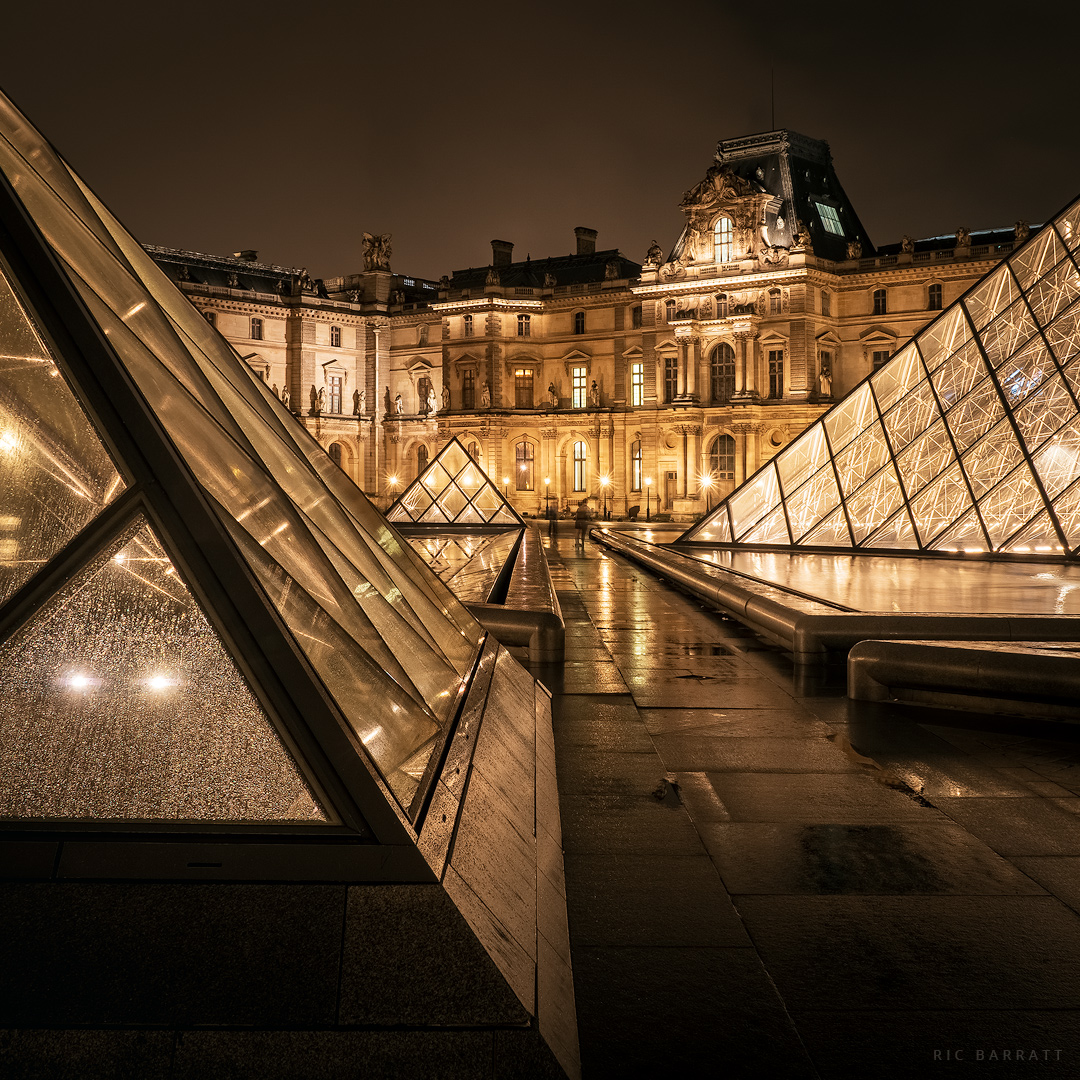 The Louvre is the largest art museum in the world and a historic monument in Paris. The landmarks sits in the centre of Paris and is located near to the River Seine. The museum is home to the Mona Lisa, probably the most famous painting in the world.

This shot features the famous glass pyramids which were added at the end of the 20th-century, and can be seen in The Da Vinci Code movie. The photograph was captured during a rainy night in the city.

Wikipedia - Louvre - PyramidsWikipedia encyclopaedia page for the Louvre and the Grand Louve Pyramids.